Players must learn to deal with the weight of the world on their shoulders, or rather, the donkey's shoulders! Thoughts and worries are piled on the cart one by one, and the player must respond before the worries get too much! Thoughts must be categorized into Financial worries, negative emotions, positive emotions and things to take actions on.

Players are put in the role of a bully. In order to change their ways, they must use the letters they are given to spell the mystery word. If the word is completed, the player is stopped from being a bully! Every few words, there will be a bullying-related word, such as ‘Threaten’, ‘Abuse’ and ‘Racism’. This can spark open conversation amongst pupils, and eliminate the stigma around bullying.

Channel it helps the player understand and categorize their emotions, and gain an understanding of their mental health and wellbeing. They must drag and drop the emotions into different areas, too many wrong answers will cause them to lose their mind!

Positive and negative phrases are given to the player, and they must choose whether to bin them or treasure them. The aim is to treasure the positive thoughts and bin the negative- some of which include common slang words that can often go overlooked in traditional bullying awareness lessons.

A versatile, introductory PSHE game that covers a range of hard-to-teach topics such as discrimination, radicalization and disability awareness. Players are asked a multiple choice question and must throw the dart at the correct answer. You can choose a higher difficulty for the more confident students! 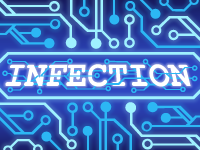 Players must sharpen their fast keyboard skills to protect their computers from viruses and malware. Some safe-looking files may glitch into viruses, showing how many dangers online are disguised. This game is a perfect game to engage students in competition with their peers and get them excited about e-safety! 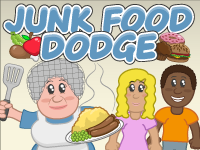 The player must identify healthy and unhealthy foods as they navigate through the school canteen. Bad choices will be detrimental to the player getting out of school on time. At the end of the game, the player will be given feedback on their performance and can compare scores with friends and family. 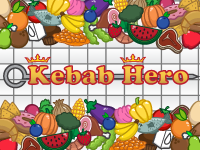 In Kebab Hero, players must follow the orders of the customers to make the correct kebab in time. Any incorrect orders will result in a point deduction, but a perfectly followed order will grant the player a tasty bonus! Players can see and learn about healthy and unhealthy foods around them in this fast-paced game 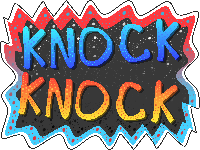 A brilliant game for teaching independence to children to maybe, or are soon to be left at home alone. The parent figure will tell the player who is expected to be at the door. The player must then follow the procedure of using the doors lock-and-chain to check the identity of the visitor. They must then make the decision to let the person in, or keep the door closed. 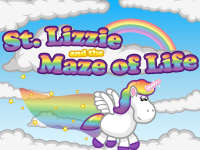 In this game, players must navigate through mazes and collect coins as they do so. Often, they will encounter doors, which will only open when a question is answered correctly. The questions in this game revolve around manners and behaviour, and is a perfect game to introduce KS1 pupils to manners, and refine the understanding of manners for KS2 students and beyond.

Control Billy the goat in the hike to positive thinking! By using the arrow keys, players will navigate up the mountain, avoiding boulders with negative insults on them such as poor, crazy, gross and ugly. This game teaches players to always be resilient, and understand the common words that can but should not, tear down their confidence.

Task your students to get in the right lane in this symbol identification game. With topics such as the weather and religion, players must identify the correct symbols and drive in the lane corresponding to the right answer.

This fun game is great to generate competition in the classroom. Players must use their keyboard skills and understanding of physics to get the character as far through the level as possible.

Rise above it teaches players to be resilient, and how to cope with tough and intimidating situations. When faced with a comment from another person, the player can choose whether to listen to or ignore the comment. Some of these are good, but some are bad, and this game gives pupils the opportunity to take initiative to respond to these comments in a safe space.

Scrap it encourages pupils to identify key values of a British citizen and discard those that are dangerous, illegal or promote negative behaviour. Pupils will see these values written on the side of industrial barrels, and must salvage the positive ones and scrap the negative ones.

This game tests the memory and spelling ability of the pupil, as well as their platforming skills! The pupil must navigate up a long tower, collecting letters as they go. At the top, the player is given five different PSHE words, such as ‘Democracy, Gangs, Resilience, Beliefs, and Liberty’. Then, the pupil must figure out which word can be made up of the letters they collected. This game can be great when played In teams.

The pupil is faced with a number of daunting yet realistic life situations regarding interactions with other people. The pupil must navigate their character to the door that represents their response. After each round, the correct answer will be revealed, with an explanation as to why it is correct. This game is well applied to pupils who may have just received their first smartphone or computer. 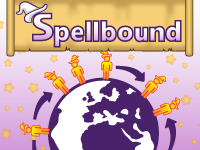 Players are sent friend requests from different mythical web users. It is up to them to decide whether the requests are safe or too risky to accept. This game is excellent preparation for students who may have or want accounts on popular social media platforms.

This game teaches players the potential dangers of being out alone, and what people can be trusted. The player will be offered lifts from various people, and they must use their initiative to decide whether they accept the lift or not.

Pupils are given words, acts, and feelings on screen, and must answer if what they see is ‘right’ or ‘wrong’. These questions are prompted by the wind blowing leaves into the player's path- if they do not responsibly clean them up, more questions will be asked of them, teaching them responsibility and wellbeing.

This e-safety game teaches players about the potential dangers online, and what they can do to avoid danger. They must collect the emails and open them, responding appropriately to what’s inside. A wrong answer will prompt an explanation of the scenario, and why their decision was wrong.

SEND US A MESSAGE